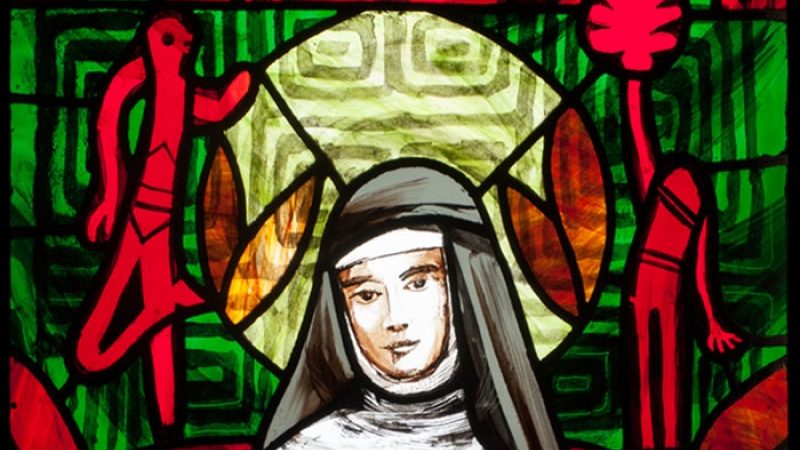 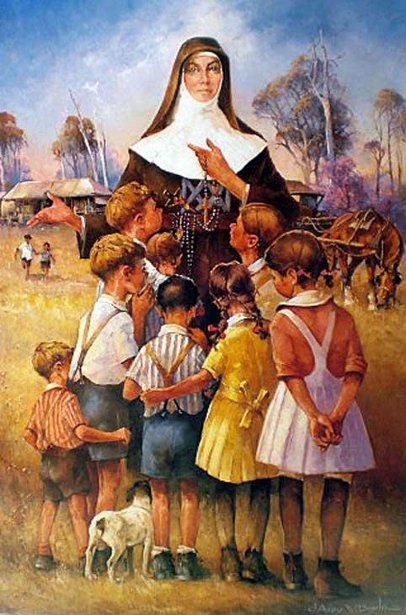 Ever generous God, You inspired Saint Mary MacKillop to live her life faithful to the Gospel of Jesus Christ and constant in bringing hope and encouragement to those who were disheartened, lonely or needy. With confidence in your generous providence and through the intercession of Saint Mary MacKillop we ask that you grant our request……………….
We ask that our faith and hope be fired afresh by the Holy Spirit so that we too, like Mary MacKillop, may live with courage, trust and openness. Ever generous God hear our prayer. We ask this through Jesus Christ. Amen.

"Do all you can with the means at your disposal and calmly leave the rest to God." (1891)

"Never see a need without doing something about it."

"Do have courage. We must all willingly and with constancy suffer all that God sends for our good." (15.1.1872)

Who was St Mary MacKillop?

Mary MacKillop was born in 1842 in Fitzroy, Melbourne. On 8 August 1909, she died, having suffered a disabling stroke in 1902. Inspired by a meeting with Fr. Julian Tenison-Woods, Mary MacKillop took her vows at the age of twenty five, and the religious name, “Mary of the Cross”. In doing so, she founded the congregation of the Sisters of St Joseph. Soon after taking her religious vows, Mary MacKillop founded several schools. Within five years of taking her vows and founding the Congregation of the Sisters of Saint Joseph, Mary had established over thirty schools in South Australia. By that time, more than one hundred women had joined the Sisters of Saint Joseph.

Mary MacKillop was very conscious of the plight of the poor and needy. She worked with families that lived in isolated areas of Australia. As a result, Mary MacKillop pioneered a new form of religious life in Australia, and commenced a “system” of “Josephite” schools that would provide education, especially for the children of the poor. In 1873, Pope Pius IX gave Papal approval for the Congregation of the Sisters of Saint Joseph.

Even today, many Australians can say that they too have felt the impact of the enormous work started by St. Mary of the Cross (MacKillop), having been educated or cared for, by the Sisters of Saint Joseph. She was noted for her trust in the providence of God and miracles of healing have been attributed to her. She was declared a Saint by Pope Benedict XVI on the 17th October 2010.